This new version of Vemto comes with a lot of improvements and new features. Now we have a robust platform that not only generates Laravel code but allows you to completely customize the way the code is generated, by changing the Templates or writing plugins with the powerful available API.

After a year since launch, we finally have a working Light Theme. In addition, we've also changed the font to one with more readability and made several UI/UX improvements. 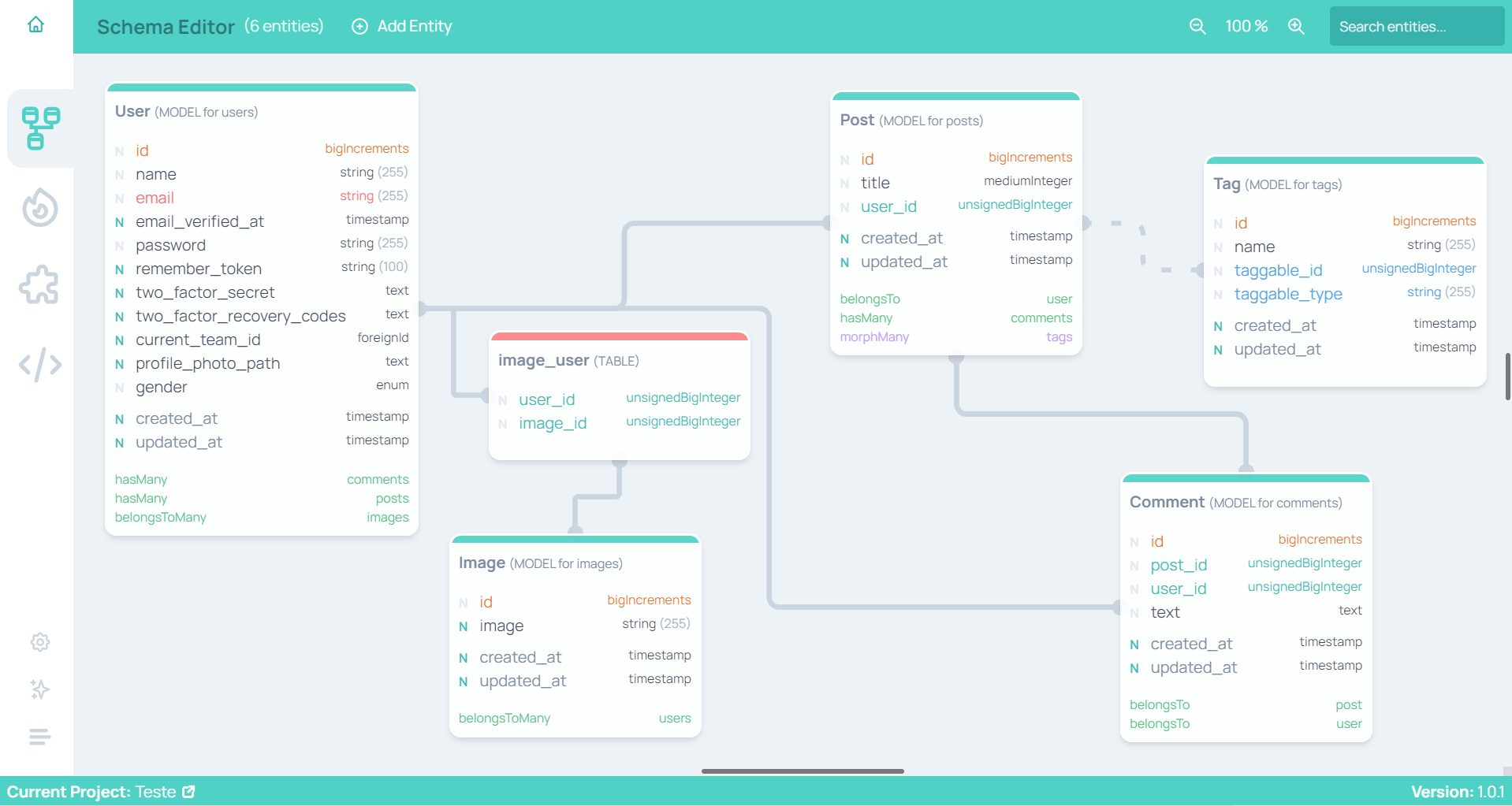 Shortcuts changed due to bugs on Windows

We found that the shortcuts with "Ctrl + Alt + Key" were not working correctly in Windows as they made the inputs lose focus. Therefore, all functional Vemto shortcuts now use "Ctrl + Shift + Key".

All dynamic templates are now editable

Now all dynamic templates/stubs used by Vemto to generate the code are available for editing via the Templates Editor (including inputs). Only static files are not available, as they can easily be replaced via a plugin (remember that plugins can also replace or even create new dynamic files). 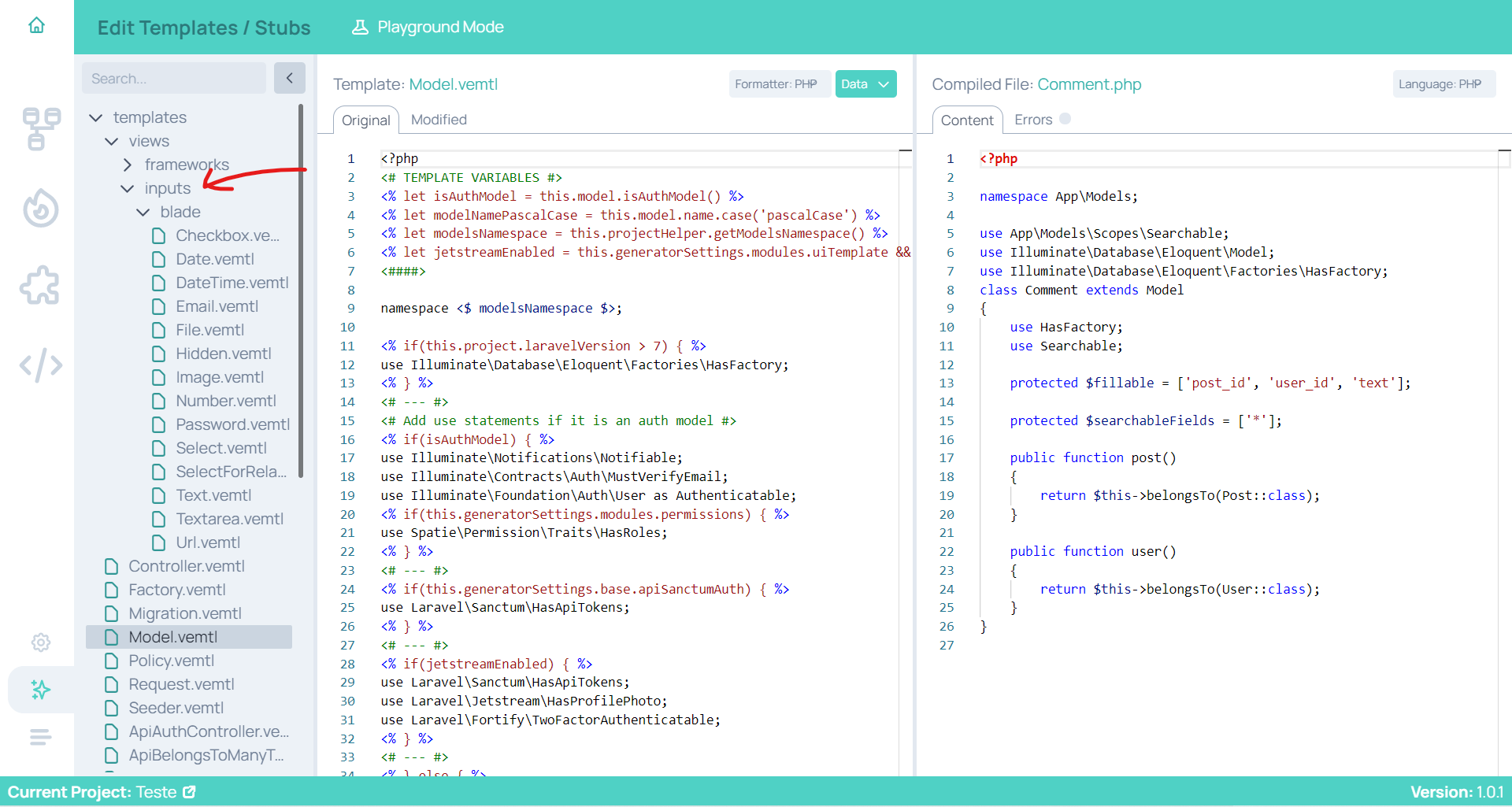 Given frequent requests, if you set your Primary Key with the UUID type, Vemto will automatically add a trait HasUUID to your Model to generate the correct values. 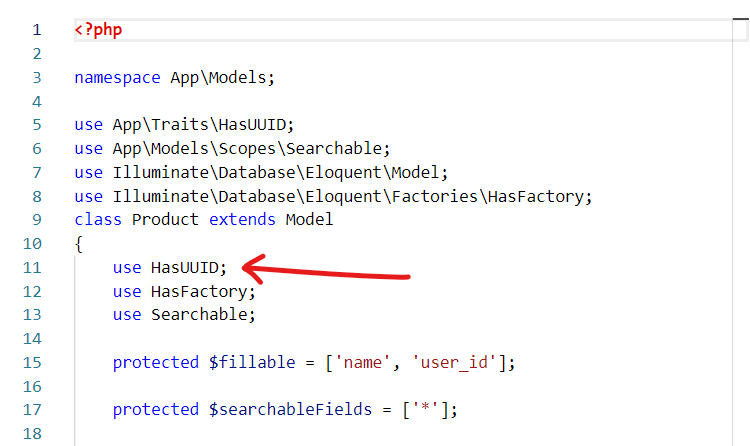 Master-Detail can now be added to the Show Page

Another frequent request is that it would be possible to control where the Master-Detail component will be shown, whether on the Edit page or on the Show page. You now have the option to choose to show it on either of these pages or both. 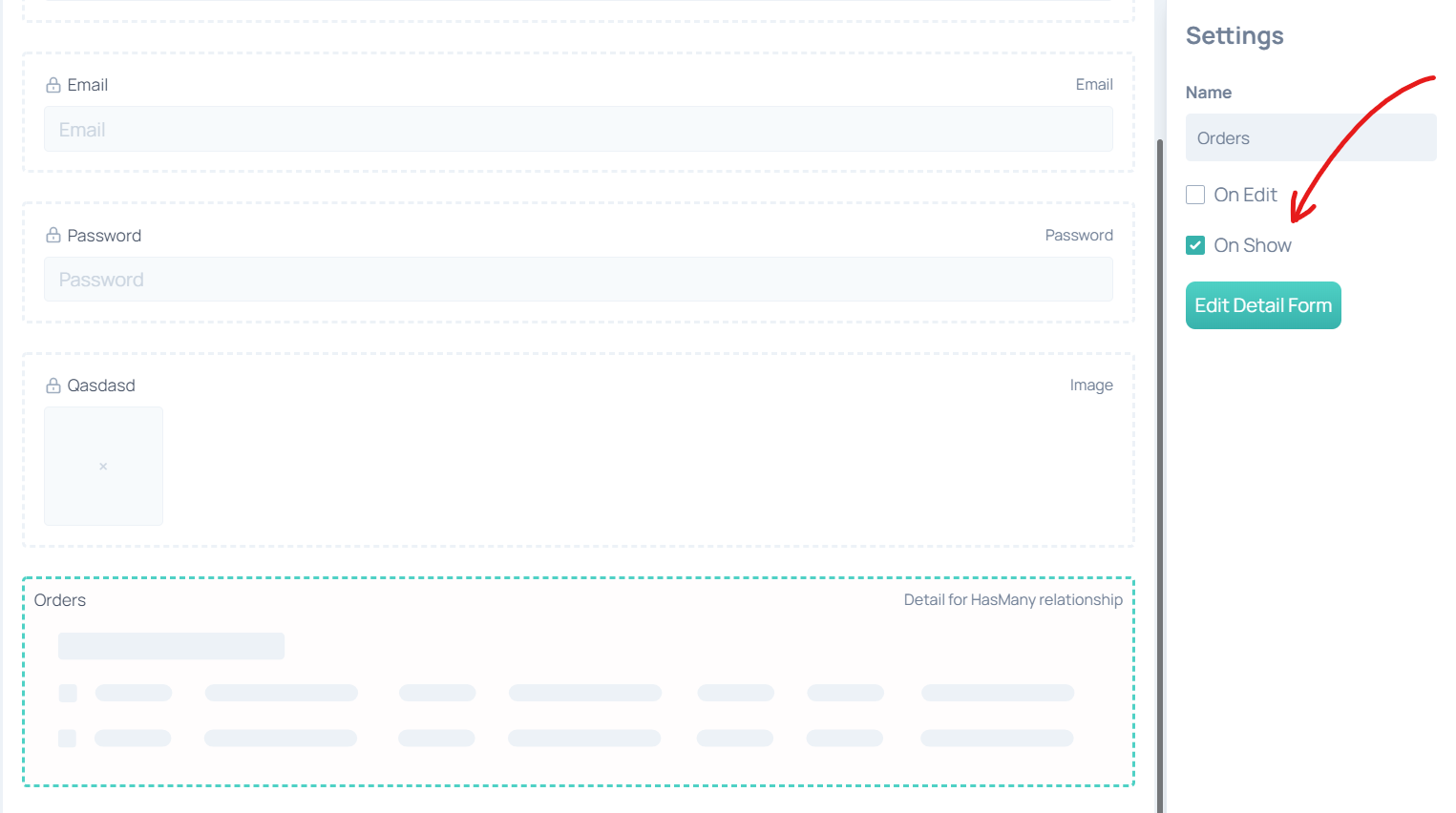 See Artisan errors on the console

One of Vemto's biggest difficulties was that when an Artisan command failed, it wasn't possible to know what error occurred (this was because Artisan doesn't write errors to the stdout output, but we found another solution), so the command should be run through the command-line to catch the errors. Now, whenever an Artisan error occurs, the correct error message will be shown on the Vemto console.

Although it is possible to debug a plugin's main.js file through the Code Generation Console, it was not possible to do this with the Vue component of the interface. Now, this is fully possible using the Plugin Console, through specific API methods that you can see here in the documentation. 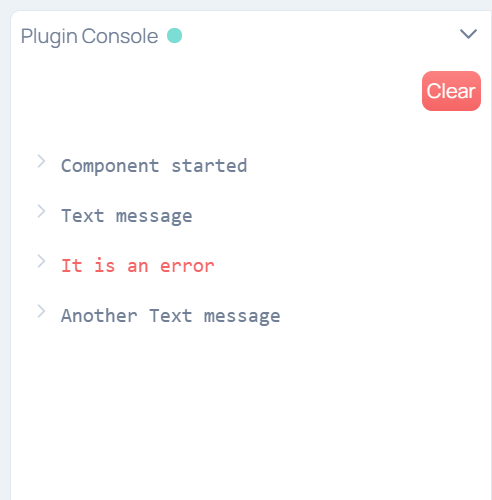 Now we have a plugin that generates a Multi-Tenancy base using Spatie's Laravel Multi-Tenancy package. You can see more details about how it works on the plugin page. 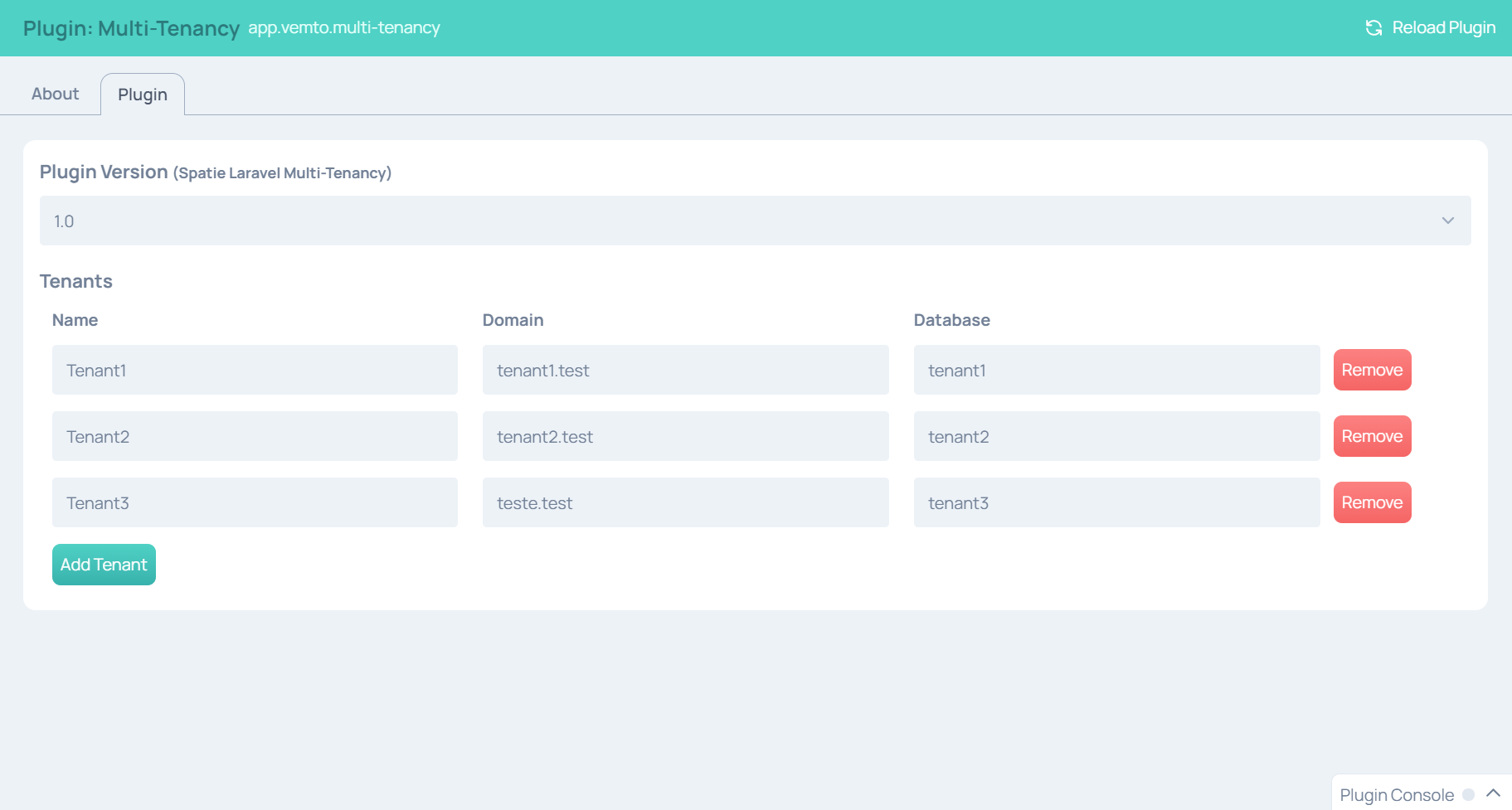 In addition to all these features, several improvements and bug fixes have been added, as well as interface improvements: