First of all, I would like to thank you for your support and patience. This was the most complex and time-consuming version since launch. There were numerous improvements, both in the application and in our internal process.

Eleven months after the launch, Vemto finally reaches version 1.0.0. This version has some of the features I dreamed about in November 2019 when I started to plan Vemto.

As soon as multi-tenancy began to be planned, it was realized that it would be much more flexible if it was done through plugins. For this reason, plugin support and the stub editor ended up being advanced, culminating in this huge version.

It is important to note that, from now on, we have a much more robust and simpler platform to add new features to Vemto than before, mainly due to the plugin support and the entire structure that was developed in the last three months.

We are very excited about what is coming next. So, let's see the news:

Now Vemto allows you to customize how it generates the code. The most important stubs are already ready for modification and in the next weeks, we'll keep adding more stubs until reach all code generation process.

With plugins, you can extend the Vemto capabilities. For example:

It was added a new screen where you can install plugins from the Marketplace, configure plugins settings, and much more:

Creating your own plugins

Vemto not only has plugins but allows you to extend it with custom plugins. You can see more details about creating plugins in the documentation.

We chose to start with a simpler multi-tenancy, via user authentication. This is available now through the Simple Multi-Tenancy plugin.

Other forms of multi-tenancy like multi-database, multi-domain are being developed in another plugin that will be available in the coming weeks. 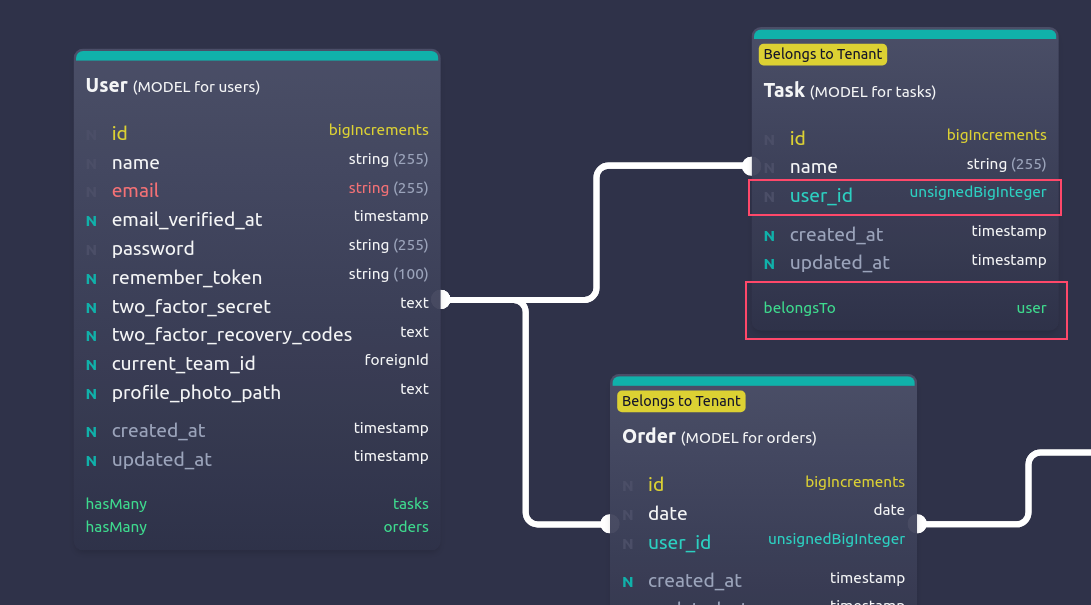 If you use Bootstrap, now you can install AdminLTE easily through a plugin (soon we will have an Admin theme for TailwindCSS projects too).

Keyboard shortcuts have been added on some screens to make some features easier to use.

Other improvements and fixes

In addition to all these features, several improvements and bug fixes have been added, as well as interface improvements:

And it's not over... in the coming weeks and months, we'll be creating several plugins and new features on the new Vemto platform.